The new organ, designed and built by Peter Bumstead was completed in 2009. The magnificent organ case originally containing an organ by Bishop & Starr was first installed here above the North door in 1869 by the Rev. Osmond Fisher (1817 – 1914) in memory of his wife who had died in 1867. 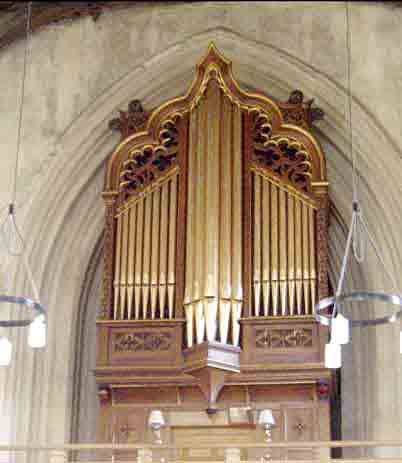 In recent years it became unreliable and a project to design and build a new organ was conceived. A new west gallery was built and the 1869 organ case was restored and set up in 2007 to house the new Peter Bumstead organ.

In 1926 the Fisher organ was cleaned and repaired and the front pipes painted silver. Otherwise very little was done until 1969 when an electric blower was installed in the north porch by E. J Johnston of Cambridge and the manual bellows handle was removed. The soundboard was re-leathered and the bellows fitted with a Schwimmer regulator.

For many years prior to its removal in 2004, the organ was tuned and maintained by David Miller of Orwell, but damp and age took their toll, the action became very stiff to play and the organ was recognised to be inadequate for supporting the growing musical demands of services and concerts in the church. 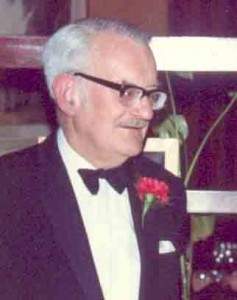 In 2003 Barbara Hebblethwaite, the widow of Manfred Hebblethwaite, who had been a churchwarden of Harlton for very many years and who had been a great supporter of the musical life of the church and village, gave a very generous sum to start a fund for a new organ. Extensive discussions with advisors and organ builders led to a consensus that the organ could not be improved while the case remained in its present position on the wall above the north porch door as there was no more usable space. Various other locations in the church were considered but it was clear that the best position would be on a gallery at the west end.

The Parochial Church Council invited informal proposals from organ builders and, in consultation with the Diocesan Organ Advisor, Timothy Byram-Wigfield (then Director of Music at Jesus College and now Director of Music at St George’s Chapel Windsor), chose Peter Bumstead of Ipswich to design a new organ. Peter had worked for Bishop and Sons; he was very familiar with Bishop organs of the period represented by the Harlton organ and had recently rebuilt a mid 19th century Bishop organ for the neighbouring village of Haslingfield. The church architect, Don Flett, was commissioned to design a gallery to support the organ.

The style of the organ is inspired by the existing Fisher case and the Bishop pipe work of the Harlton organ. It was known that Sir John Sutton (1820 – 1873), a friend and colleague of Osmond Fisher at Jesus College, had been instrumental in introducing Fisher to the organ case at Tirlemont in Belgium which clearly had an influence on his design and it seemed an attractive idea to base the organ on the ideas Sutton exhibited in his designs for other organs in the mid 19th century. 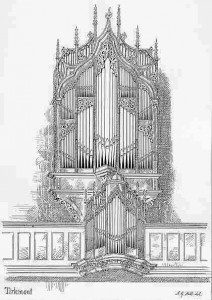 It was fortunate also that the pipe work of the former organ at Haslingfield, which had been given to Harlton, was of the right period and very similar in style to that in the Bishop organ at Harlton. Peter Bumstead therefore designed a three manual organ with the Great based around the soundboard and pipes of the former Harlton organ, the Choir based on the soundboard and pipes of the former Haslingfield organ and a short compass Swell using a Flight and Robson soundboard (J.C. Bishop was apprenticed to Benjamin Flight) and similar style pipes. The pedal organ on new soundboards uses pipes from Haslingfield plus a pedal reed which fortuitously became available from Little St Mary’s in Cambridge.

Much of the pipe work comes from the former organ at Haslingfield, kindly donated by the Parochial Church Council. Although an organ seems to have been installed here by Gray & Davison in 1862, it was moved to its position in a chamber on the north side of the chancel in 1875. The soundboard has teak upperboards which are characteristic of the work of Miller of Cambridge and there is an inscription “Miller” on the back of one of the front pipes. It would seem likely that Miller did the move and built new soundboards and action for this. The pipes seem of an earlier style and may be from the Gray and Davison organ. They match those of the 1869 Harlton organ very well.

The new organ thus uses soundboards and pipes of the same period as the Fisher case (repaired as necessary) but with a new action and a new console, though even here the wood mostly came from the former organs. The upper case down to impost level was restored by P & S Organ Supply Co., who also built a new floor standing lower case to a design echoing the pattern of the side panels of the Fisher case. The action of the new organ is mechanical throughout and the specification is shown below.

A tablet on the door beneath the new gallery records the following:

The installation of the organ and gallery in 2007 was made possible by a substantial donation in memory of Manfred Hebblethwaite; by grants from Jesus College and the Heritage Lottery Fund, and by generous donations from many other friends.

The organ was built by Peter Bumstead using the restored case originally given in 1869 by the Rev. Osmond Fisher. The architect for the gallery was Don Flett.

The Swell bottom octave is borrowed
mechanically and independently from the equivalent Pedal stops. 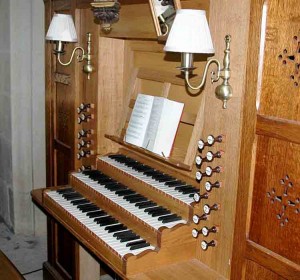 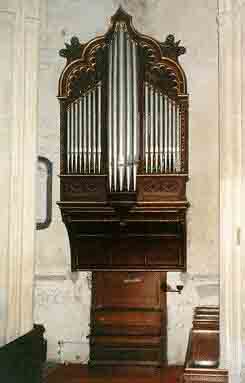 The console had a Bishop & Starr nameplate with the 1 Lisson Grove address and there is a card in the Great soundboard with the name Bishop & Starr together with both the 1 Lisson Grove address and 250 Marylebone New Road to which it was renamed. Together these suggest a date between 1861 and 1873. French polishing of the soundboard also indicates a date in the 1860s and the soundboard arrangements for the conveyances to the case pipes seem to be all of a piece which also implies that a new soundboard was made for the organ in 1869. The soundboard contains provision for 2 more stops and 12 basses with pallets. Although the pipes for these were never installed, the console has three empty holes for the stop knobs and the stop action was prepared for.

As installed in 1869 and up to its removal in 2004, the specification of the organ was:

The pedalboard was straight and flat and permanently coupled to the manual. The drawstops had round wooden shanks and were mounted horizontally on a vertical surface behind the keyboard. The stop heads were of turned wood with round ivory inserts for the labels which were in gothic script with black lettering. Until 1969 the organ was blown by hand and the vertical slot for the handle and the tell-tale marks were still visible on the west side of the console.

The action was tracker with pull downs for the pedal. Vertical trackers took the action from the keys up to the level of the case overhang where the direction was converted by squares to an angle of 45 degrees whence it was carried by rods to a further set of squares vertically beneath the soundboard. A roller board was fitted here to transfer the action to the pallets.

The case pipes, arranged as 8-5-8, were of plain metal and formed the basses of the Open Diapason and Principal, the wind being conveyed off from the soundboard. The trebles were also of metal as were the pipes of the principal and flute. The flute had harmonic trebles which seem to be of a later period than the bases, possibly of the 1920s. The stopped diapason was of wood.

The sides of the case were plain panels and the east side had a door providing access to the inside for tuning. This would have been very difficult if the unused sliders had been populated. Internally from front to back there were horizontal bracing struts about half way up made of elliptical dowel.

In 1969, E.J. Johnston of Cambridge installed an electric blower in the North porch, removed the pumping handle and fitted a Schwimmer regulator to the bellows. The soundboard was re-leathered and tuning slides fitted to the metal pipes which were formerly cone tuned.

Osmond Fisher and his organ case 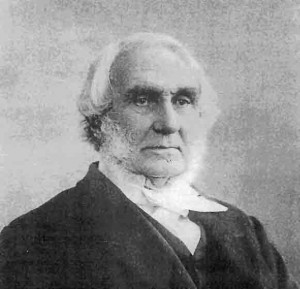 Osmond Fisher was educated at Eton and came up to Jesus College Cambridge in 1836 to read Mathematics. He graduated as 18th Wrangler in 1841 and became a Fellow and Chaplain of Jesus College in 1844 on being ordained as a deacon. He was ordained priest in 1845 and appointed to the living of All Saints Dorchester which he combined with his College appointments until 1853.

Fisher was more than an ecclesiastic; he was a musician, a respected geologist and wrote many papers and an important book “The physics of the Earth’s crust”.

In 1867 he became Rector of Harlton, of which Jesus College were the patrons, and whilst here he became an expert rose grower and wrote a book on this too. Fisher remained in active ministry in Harlton, assisted by his son as his curate, until 1900 and died in Graveley in 1914 at 96. He is buried in Harlton churchyard next to his wife. More details of Osmond Fisher’s life and work can be found in “Sir John Sutton” by Canon Hilary Davidson, published by Positif Press, Oxford in 1992.

All Saints Dorchester, to which Fisher was appointed in 1845 was a new church, having been built by Benjamin Ferrey between 1843 and 1845 to replace the previous building destroyed by fire, and Fisher was the first curate. He clearly didn’t waste much time in starting a project for obtaining an organ for the church and the vestry minutes for 18th October 1849 (Dorchester County Record Office) record that “the design for the organ lately placed in the church was made by the curate (Osmond Fisher) and J. Sutton esquire, Fellow Commoner, of Jesus College, Cambridge. The instrument was built by Mr. Bishop of No 1 Lisson Grove South, London after a plan given by Mr Sutton. The case was executed by Mr Jas [James] Rattee of Cambridge, carver to the Cambridge Camden Society”. This note neatly associates Mr J. (later Sir John) Sutton as having a hand in the design of the case, the organ builder Mr Bishop (J. C. Bishop) as having built the instrument and James Rattee as the carver of the case. There is further corroboration later in the records of Harlton Parish. The Harlton Church Monthly of December 1889 records that “The idea of the case was suggested by a sketch made on the back of a letter from the organ at Tirlemont in Belgium and given to Mr Fisher by Mr., afterwards Sir John, Sutton at that time a Fellow Commoner of Jesus College.”

It was the first piece of work completed by Messrs. Rattee and Kett at their present place of business in Hills Road, Cambridge and Mr Kett, father of the present partners, carved the crocketing and the angels in the spandrels with his own hands.” George Kett (1809 – 1872) joined James Rattee in Cambridge in 1848/49 and there is a sketch in the archives of the present firm of Rattee & Kett which is inscribed on the reverse “Mr Fisher’s Organ Case”. 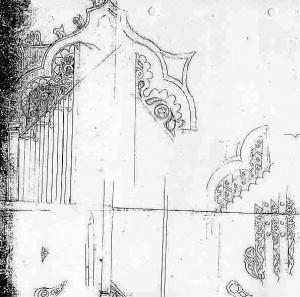 In 1858, perhaps on his marriage, Osmond Fisher was appointed to the living of Elmstead near Colchester in Essex. Some time before 1865, the authorities at All Saints’, Dorchester decided to alter the internal arrangements of their church and to move the organ. A new organist had been appointed in 1860 and might have inspired the move. The case was no longer suitable for their new project and they presented it to Osmond Fisher in 1865. In 1867 he moved to become Rector of Harlton, just a few miles from his College, but his wife Maria Louisa died in the same year. 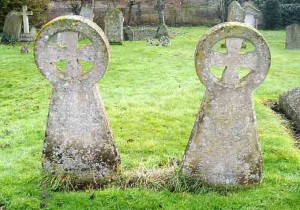