A remarkable feature of the church is the large number of graffiti, the most spectacular of which — the remaining portion of the depiction of a figure which it has been suggested might be an an Elizabethan gravedigger — is to be found in a case on the sill of the east window of the north aisle. 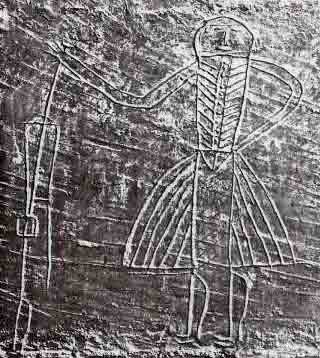 It should be emphasised that in the case of the verbal graffiti and the music the inscribers must have come from the upper reaches of society, as they were literate. Indeed, the Thomas Hynde who scratched his name twice in the church — on the north side of the opening of the chancel screen and the middle of the southern pillars in the nave — was probably, if we judge by the style of the inscription, the Thomas Hynde who was Rector of Girton by 1518 and continued there until his death in 1558.

The church is known to have been used as the village school in 1743 (schoolmasters were also recorded in 1601, 1604, 1607 and 1638, and they too may have used the church as a schoolroom) and many of the graffiti may be the work of children.

Certainly village children have carved or written their names in the church until well into the twentieth century, and some older villagers might well feel ashamed of the evidence of their vandalism. 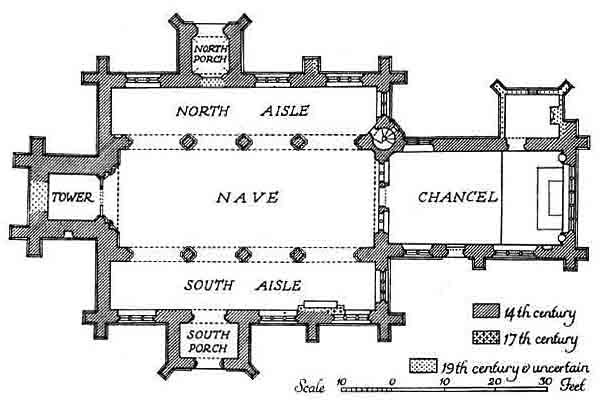 There are too many graffiti to mention individually, but the following may be easily distinguished:

NORTH AISLE (from west end)
Pillar 1: Heads with ? horns, or perhaps donkey’s ears, which may represent devils or cuckolds (horns) or perhaps fools (donkey’s ears). A rider on horseback. ‘orate pro anima Thome [?] cujus anime propicietur Dues amen’ [‘pray for the soul of Thomas [?] on whose
soul may God have mercy amen’]. A head seen in profile. A brief snatch of music.
Pillar 2: A ragged staff. A [? dragon]. ‘qui me deridet non sua facta videt’ [‘he who makes fun of me doesn’t see his own deeds’] Pillar 3: A portrait head. ‘Syr James [Hylton?]’. 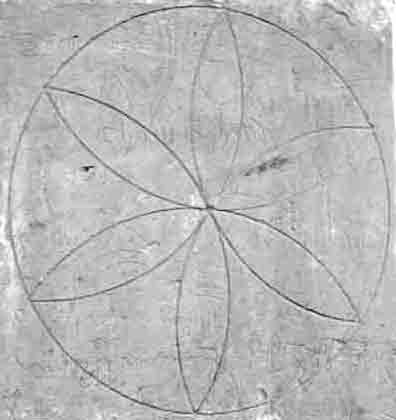 PISCINA: ‘Magna est veritas et praevalet’ [Truth is great and will prevail] . A record of a debt owed by Elena Crowe.